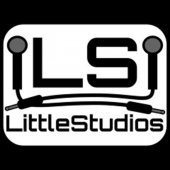 By LittleStudios, October 3, 2021 in Feedback Loop