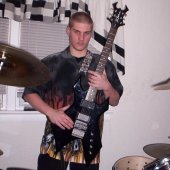 By Phil The Fleshdemon, February 7, 2019 in Feedback Loop