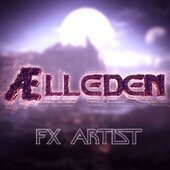 Thoughts about Cakewalk compared to other DAW?

By Ælleden, February 13 in Cakewalk by BandLab