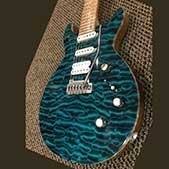 What songs give you goosebumps when you listen to them?

By craigb, January 4 in The Coffee House