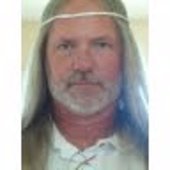 One day last week my Cakewalk DAW informed me that I had to reactivate. i took the opportunity to do the update, at which point every time I tried to arm a track for recording the whole system would freeze up. I finally decided to do a fresh install of EVERYTHING and start over.

After getting a fresh Win10 install and a new download of CWb and doing all the tried and true patches to hack the Win8  drivers to Wind10, I could get everything to work except my VS700C. This is the same as before except now CWb can't find the VS700 in the "Preferences-Control Surfaces" drop down.

My question then is:

Has anyone else using the Roland V-Studio suite of equipment experienced this problem?

At this point I'm faced with having to roll back to Win7 until I can do a "fork-lift" upgrade, which I'd obviously prefer not to be doing.