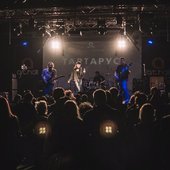 By Анатолий Семенов, February 17, 2020 in Cakewalk by BandLab