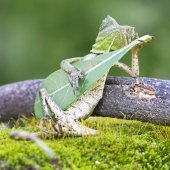 First off...Happy Holidays! And wishes for a happy and healthy 2020!

I could use some help with a couple of SONAR/CbB drum map questions. Any help would be much appreciated.

ANSWERED 1) Can a comment start AFTER a patch entry?

ANSWERED 3) Do patch numbers have to be in monotonically increasing order?

ANSWERED 4) In the .Instrument Definitions section, it seems that the term “Patch” actually mean “Bank”? Why is it called “Patch”?

ANSWERED 5) What do the following kinds of entries mean?

NB: I’m guessing that the second value inside each of those square brackets is a note number but what does the zero mean, what does Key vs. Drum mean? What does assigning 1 to those Drum entries mean?

STILL A QUESTION 6) How does one define on which MIDI channel to send out a bank select and program change message?