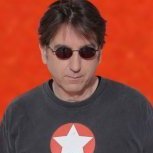 In new projects and in existing projects with Scenes already saved, Mix Recall won't work. The Save Scene and Save as New Scene buttons are greyed-out, and the Recall Previous Scene button is lit but not functional. The drop down menu Save and Save As selections are shown, but they don't do anything. Reset Mix works as expected.

Projects with existing Scenes show the scenes in the drop down, but clicking on them does nothing.

13 answers to this question