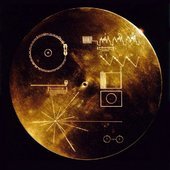 Is there a place in my files I can find the date of my last install . I seem to be overlooking it.  I have to move my pc for internet access and just don't want to be surprised again by demo mode.     Thanks ...     mark