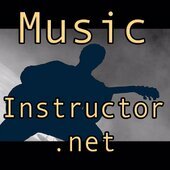 By MusicInstructor.net, May 30 in Feedback Loop