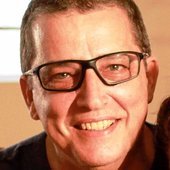 This week I had a problem in one of my projects. I don't know how, but all the audios (WAV) were excluded from the project.

The Audio files were all in their own folder intact.

However, as there were several takes I had a lot of difficulty in repositioning the files in their original positions in the project.

Then came a question:

Is there a list in Cakewalk that tells you in which positions/time each shot starts?

That way it would be much easier to put the wavs back in their correct places.

18 answers to this question