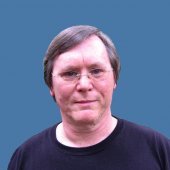 Hide related VST2 plugins does not seem to work

I have 'Hide related VST2 plugins' set, and I have   MeldaProduction  VST2 and VST3 plugins installed.

Cakewalk 2019.03 shows both plugins in the plugin list. Is there something else needed to hide them?