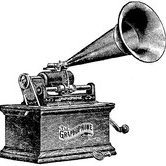 By bjornpdx, November 25 in Songs