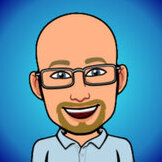 How to "preserve" finished projects?

I'd want to store the project in a way that's open to revisions as necessary, maintaining all the resources I've used (VST instruments, plugins, effects, etc.)

These resources are not "embedded" in the project in any way. Therefore, keeping a raw version of my project would mean also keeping all associated VST's and plugins (and Sonar, for those VST's not included in CbB) fully intact.

This concept seems to me a daunting task just to keep my projects "complete" for future use...and for all time. Otherwise, they'll be missing some of the aforementioned components.

I've heard talk about bouncing/freezing tracks. Would this function help "preserve" my projects to ensure nothing goes missing? If so, what's the difference between the two functions? And in doing so, would I ever be able to convert the tracks back to MIDI notation form?

And if bouncing/freezing is necessary, would I apply effects (reverb/delay, etc.) before or after?

The problem is, converting my tracks to audio format makes me uneasy -- if this means permanently rendering the MIDI notes uneditable. Most likely, I'd want to keep those tracks in MIDI notation form so they would be always be open to editing.

Anyway, when I do eventually finish my projects, I'll want to have them saved in a way that's final but still open for future edits. As said, my biggest concern is remembering to have all the included  resources installed at all times.

How does one archive and adequately preserve a Cakewalk project they've finished -- MIDI notation or not -- with these concerns in mind?

Please advise. Thank you in advance! 😊