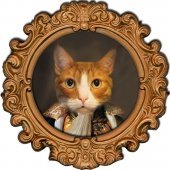 Stopped Audio engine, crackle pops in Cakewalk but not in Reaper

Got a situation with "stopped audio engine" + crackle / pops in Cakewalk that I can not solve. Crackling, popping, stopping. Before anyone tries to volunteer, please  read  next few sentences. I am not a Reaper user, but downloaded it just to see if the same problem exists in Reaper. I replicated project using same audio interface settings, saved plugin presets and same audio file. These issues do not happen in Reaper. I will stress it again. Same computer,  same hardware, same settings of audio interface. Cakewalk produces "stopped audio engine" + cracks /pops while Realer runs smooth.

Audio interface used for this project - Apogee One (last generation)

Project: 6 muted tracks without plugins in their "bins". One unmuted track.

2 plugins on master bus. Ozone9 with 6 modules and a Lurssen mastering plugin.

What I tried in Cakewalk:

Tried to reset config file to default too.

Again, given that Reaper plays same file with same plugins even at 512.. and Cakewalk acts up at 2048...on same computer..I am out of ideas what to try.

I gave a basic project example where Cakewalk acts up, this also happens on larger projects as well. If it rings some bells, usually bad stuff starting to happen with use of Izotope plugins, but  also with some combination /amount of instances of the other plugins as well. I feel, "Tweaking"computer should not be the solution as Reaper plays same files with same plugins without issues on same machine.

Thank you in advance for your time!