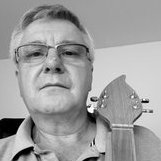 By Vernon Barnes, July 17 in The Coffee House v2.0