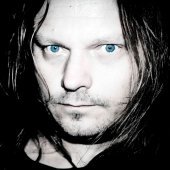 i7, i9 or Xeon for Cakewalk by Bandlab?

By Daniel Vrangsinn, February 17, 2019 in Cakewalk by BandLab