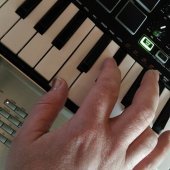 By Peter Mangold, December 22, 2018 in Cakewalk by BandLab