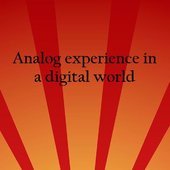 Having a bad few days here.  I've been using Cakewalk about a year and haven't had many issues that weren't related to Windows updates. But lately, I'm getting a tremendous amount of " Audio engine stopped". This is on playback while mixing. The transport stops as well. It seems to happen when I make simple moves like turning a VST effect off, or rewinding. It can happen every few seconds. In the past the only ongoing issue I've experienced is the transport stalling while recording a take.

I have been through a great deal of research and I think I have basic stuff covered like no firewalls on, Wi-fi off and what I think are all the "usual" Windows 10 tweaks to enhance performance. I'm ASIO with a Steinberg Ur-RT2 and  Focusrite Scarlett interfaces. Everything is latest drivers ( minutes ago ). One specific question is when I go to preferences in Cakewalk I can't adjust my latency buffer size , the fader is all the way to the left and greyed out.

Any direction for me?

27 answers to this question