Not sure why this is happening but wanted to mention it in case someone else noticed the same thing.

When Tempo slows down, playback is noticeably "stuttered"

Export the file plays back as expected.

1) Also the Left Click Drag up/Down does not work in the Tempo Window the way it does in other windows. 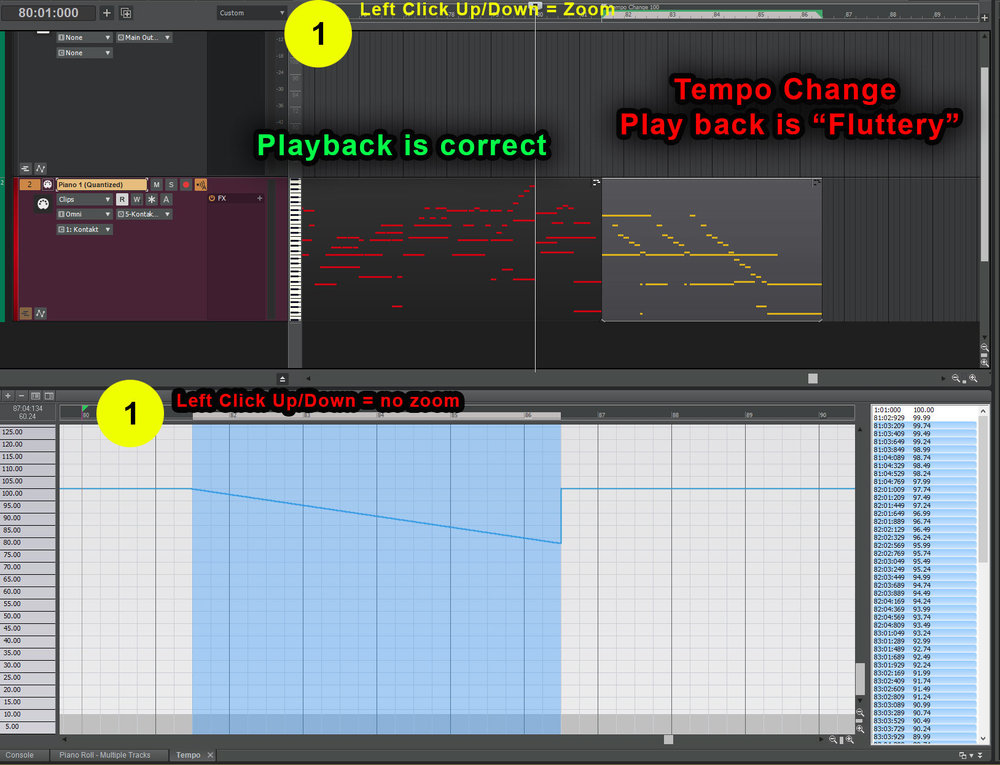