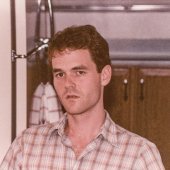 Mainly running CBB, but can no longer scan VSTs in 32-bit Sonar

By Steve Moddelmog, May 12 in Cakewalk by BandLab