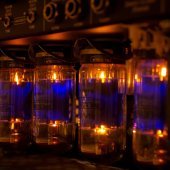 Crashing on project open, A LOT.