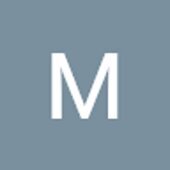 Noise when music is too complex in Cakewalk

Hi guys, the following problem: I have a new PC and use it among other things for the production of music (used program: Cakewalk). However, when I have too many tracks or when it gets too loud, all I hear is noise and extremely slow and jerky sounds. It is not due to too little CPU or RAM power (AMD Ryzen 5 5600G and 16 GB). I suspect that the sound unit anchored in my motherboard (MSI B450 Tomahawk MAX II) is just not good enough. The driver I have set in Cakewalk is MME (32-bit). All others do not work, not even ASIO. I think I would have to buy a sound card with it then, right? Unfortunately I have no idea about such things. would you please help what I should do? Outside of the program, everything is fine with the sound (am connected via bluetooth with headphones and speakers).

26 answers to this question