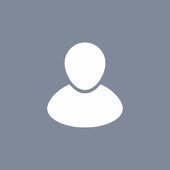 Why are my two MIDI tracks not syncing with each other?

By Clare Sudbery, August 5 in Cakewalk by BandLab