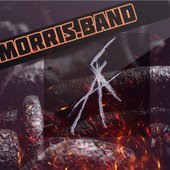 How can I piece together sections of 1000's of songs? How does Metallica do it?

I tend to start songs and never finish them. I have tons of riffs and partial songs and almost complete ones. Instead of finishing I start fresh and the song is exciting for a couple days then I start another. Been doing this for a lot of years. Different keys and different tempos. I use addictive drums so could easily look at the midi name and also render the stems etc. Im just wondering if anyone else does this and what do you guys do. I know Metallica stitches riffs together to make songs. Not sure how they do it. Would love any suggestions thanks.