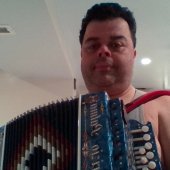 does anyone out there use any cakewalk or any daw in this matter in live gigs ? do you pack your laptop or pc and  use your daw on stage on live performances ? if yes how do you deal with dropouts and slow loading ???