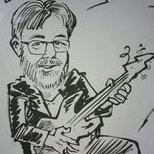 VST Instrument crashes, is it just me ?

I have been experiencing quite a number of crashes when inserting Instrument tracks. A quick example is I open Cakewalk, from the start screen I create a new empty project, add an instrument track, in this case Dimension Pro (x64), with my Cakewalk by Roland A-500 Pro as the midi input, then select the first instrument in the guitars section, as soon as start to play I get the first few notes and then it crashes with this error message. 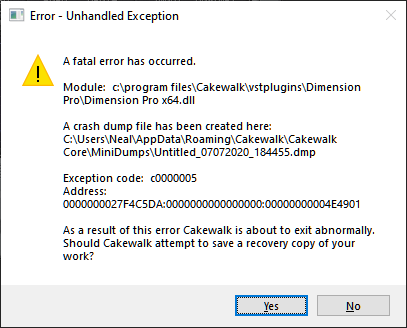 This has happened with a number of plugins now. BBC SO Discovery VST3,  Kontakt and Dim Pro are just a few that I have had this issue with.

It's only recently that I have experienced this so I am wondering if it part of the latest release that has caused the problem. I have also get the exact same error within Sonar Platinum which was working fine with these instruments until recently.

If anyone has any ideas I would appreciate any feedback.