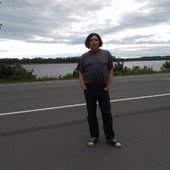 Moving from Windows 7 to Windows 10 and a different computer

I stared using Sonar Home Studio 7 on the first decade of this century using Windows XP. The time came to move into Windows 7 and I was able to move Sonar 7 into a different computer. While using Windows 7 I purchased Sonar Basic and Sonar Producer. Later on I ended up with Sonar Platinum. I was advised not to delete Sonar 7, Sonar Basic or Producer because Platinum was going to gather most if not all previously installed plugins into itself. In case I was going to need any of those older plugins, Platinum was going to have them on board.

And so it happened and things were up and running as expected. The time came to get more hard drive space which led into getting another computer with Windows 10. The Windows 7 computer didn't have enough hard drive space for such, nor suitable hardware to handle the upgrade. A new computer was required and now I'm in high need of re-installing programs into the new computer.

Now with the transition of Cakewalk into Bandlab I happen to be here looking for help,

Does the Cakewalk Command Center still work ? If it does; Will it be functional to help out throughout a transferring program processing?

Will I be able to re-install all previous Sonar versions I've had from the past after transferring program files into this new computer including all plugins?

If anyone out there may have some suggestions, I'd appreciate it