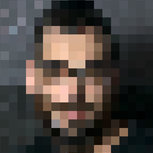 Laptop recommendations for use with Cakewalk

By fallenturtle, November 7, 2019 in Cakewalk by BandLab