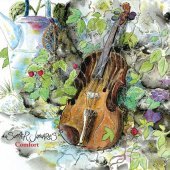 UGH: The pops, crackles, buzz gremlins are back again...

By Sean Michael Robinson, October 17, 2019 in Cakewalk by BandLab