This seems to be introduced in the lastest CbB versions:

Inside Piano Roll View, every track has a different color.

However, is being the opposite, ie, when a note is selected, the velocity shows unselected and vice-versa: 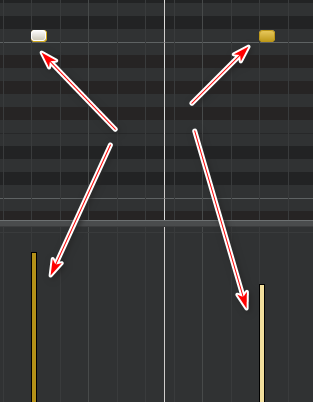 How to fix this?