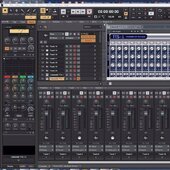 Better then any others....

By CakeWorks79, June 11 in Feedback Loop