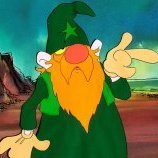 Any C++ Developers looking for a job?

By mibby, July 9 in Deals