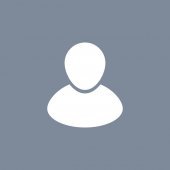 Is anybody using cloud storage of their Cakewalk Projects? I'm trying to. I have about 600 GB of files (1200+ projects/songs). I just bought the Microsoft OneDrive 6 TB service but I don't see that it's uploading much at all, I just see a "pending sync" icon next to each folder. I also have a much smaller Google GDrive and I've learned that uploading just 1 project with only about 20 .wav files can take well over an hour and I'm using very slow Xfinity cable internet. Doing the math it may take months to upload everything so I'm considering buying FIOS for a month or so to speed things up as their upload speed is a lot faster than cable.

Anyway, is anybody doing this and are there things to look out for? And yes I have all my projects backed up in 2 places on hard drives but I wanted something off-site as well.

26 answers to this question