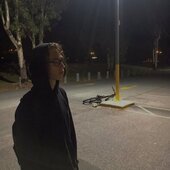 why doesn't cntrl+z work properly in this daw?

i've just switched to cakewalk from the web version of bandlab and i'm encountering a lot of things that are frustrating and unintelligent. for example if i add sonitus equalizer to my track, then adjust one of the frequency meters say in a way i then wish to reverse, if press cntrl+ z to presumably undo, it reverts the whole action of adding the effect to my track in the first place rather than reversing the true most recent event of adjusting one of the frequency meters. this problem is just about universal with a few things too. another for example is the volume controls on the side of your track - say you have one adjusted precisely and then accidently move it, you can't change it back by simply undoing (cntrl+z) like you'd think you would be able to due to this command being used like this for literally decades, because it doesn't detect all actions as reversible events, or perhaps it doesn't even detect all events as events; you have to manually readjust it because these actions aren't recognised as events, thus can't be reversed with cntrl+z. why? how do i include these actions as events so they can then be considered reversible?