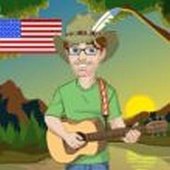 Does Cakewalk by Bandlab support Midi Polyphonic Expression or MPE as it is sometimes called?   MPE is a method of using MIDI which enables multidimensional controllers to control multiple parameters of every note within MPE-compatible software.   In normal MIDI, Channel-wide messages (such as Pitch Bend) are applied to all notes being played on a single MIDI Channel. In MPE, each note is assigned its own MIDI Channel so that those messages can be applied to each note individually.

+++ This article +++ indicates the upcoming release of Ableton Live 11 will support MPE.  I don't have any hardware that supports the feature but, what got me curious was this statement:

Basically every other major DAW from Bitwig, to Studio One, to even the lowly Garage Band supports MIDI Polyphonic Expression at this point. So it was quickly becoming a point of contention for tech savvy musicians that wanted to embrace the growing selection of MPE hardware out there. Especially as they’ve gotten more affordable. The MPE curious can even dip their toes in with the $99 Orba from Artiphon, which doubles as a standalone instrument.