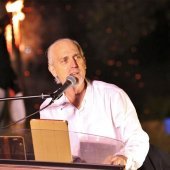 .wav extension has to be typed manually on export (rarely)

well, that's it. Just mastered a CD but besides the mixes, the client wants karaoke tracks and 30-second snippets of the songs to release for promotion. When I export the 3o second snippets I have to type in the .wav extension after it has been exported. It actually doesn't show that it has been exported from Cakelab, but I go into explorer and there they are - a non formed file with the title but no extension. I type in .wav and all is well. But kind of scary.

Ok, so the snippets I exported with numbers in front of the title -1, 2, 3 etc. Was wondering if that could be it so did one without the number and it was fine. Is that a Windows thing?