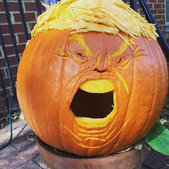 Something New From IK? Announcement Tomorrow (Not a Deal) and nothing to see here

By ensconced, July 9 in Deals