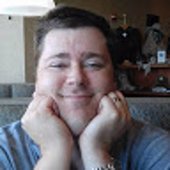 Film Scoring with Cakewalk by Bandlab. Is it possible?

By Christopher Moyer, June 26 in Cakewalk by BandLab