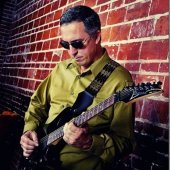 Getting control surface to work

Been a long time user of Cakewalk. recently I have been stumped on a pretty hard problem...well at least for me its hard

Currently I am using a Behringer X32 producer with Cakewalk. The USB card on the mixer has 32 channels in and 32 channels out for recording at one time. I have no issues with the mixer as an audio interface. Everything works fine in that department. I have the latest firmware update. I have a USB cable going to a 2.0 connection. I also downloaded the Behringer app which allows me to control the mixer from the PC. The app uses an Ethernet connection and it is not affected by the USB connection. (RTP midi)

I want to setup The Behringer X32 as a controller surface. This will allow me to control all the functions of Cakewalk from the mixer itself. This feature is built in the Behringer mixer and it is turned on through a button called DAW remote. The problem is I can't get the button to come on and I can't get the feature to work. I know that midi goes to the mixer via USB because I was able to set up a generic midi controller and make some of the mixer controls learn Cakewalk functions.

This way of using a control interface is very limiting. The DAW remote button allows you to use 8 channels to control the DAW. This is way better then using a mouse. There is a Mackie control function within Cakewalk that is suppose to work with the mixer. So I set up a controller based on that and I can not get it to work. I poured through the Behringer manual and as far as I can tell everything is configured right.

Are there any Behringer users out there that got this to work. I am mainly a guitar player so all this midi stuff is a bit over my head.