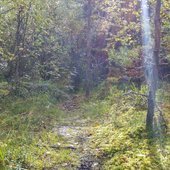 I've noticed that some automation envelopes, particularly for third party plugins, will report the correct units when dragging a node, but the node properties dialog will use percent.

For instance, the Blue Cat gain plugin's gain envelope's tool tip will correctly show dB if I hover over the envelope or drag a node. However the properties dialog for a node uses a 0-100 percent scale. The plugin ranges from -60 to 60, so 1 != 1.

Is it possible for the dialog box to use the actual value? I know that wouldn't work for non numerical properties. I've been getting around it with both the snapshot feature and trying not to care.

Also, this just came to mind and I'm not at home to check if it's obvious: can the scale of the y axis be changed from linear to something more like logarithmic. My changes to that plugin in particular are often single digits so I have to fill the screen with the envelope to make precision adjustments.

If my workflow is dumb and there's a better way, say so. I don't have a midi controller with knobs or faders though.