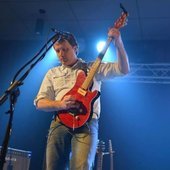 Newbie DAW build and I need some tips.

By Neil Ottenbreit, March 31, 2020 in Cakewalk by BandLab