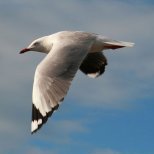 How to default Lock to SMPTE time while adding Markers

So in a video project if I have to lock the markers to SMPTE time I will have to manually insert the markers every single time using the Markers Dialog box and select the check box everytime? That feels unwieldy. There gotta be a way to easily achieve this!