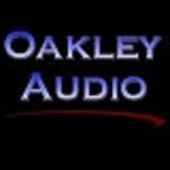 I'm new to Cakewalk and computer recording, but not new to Audio. I 've been running my own small Live Sound company for almost 30 years now, and also  recording  on a Roland VS-2480 since they first came out in 2001 .  While it's been a fantastic machine for many years, it's now time to join the 21st century. I've bought a  new recording computer (specs listed below) and originally was going to go with Sonar, so I'm happy that Bandlab rescued this program from Gibsons neglect.

I'll probably have many questions as I get up to speed and appreciate people taking time to reply. I'm big on reading manuals, so any questions I ask will be the result of not finding the answer in the documentation.

First question: Is it possible to lock the "Now" timeline in the center of the Track view and have the Clips scroll instead? I'm more used to this view as both the VS-2480 and Wavelab use this "scrolling waveform" method of viewing tracks.